Police have been called to calm crowds in some stores across the UK as Black Friday takes hold of shoppers sense and sensibilities across Britain. As shoppers scramble for bargains it’s all good economic news for the retailers

Black Friday on Britain’s high street is expected to bring a £200m Christmas bonus for retailers. High street stores across the land have employed more staff and security for the Black Friday rush or should that be crush, as customers punch and kick there way through the crowds to get a discount on a telly or a bargain price on electrical items

Black Friday is No Thanks Giving

It’s a sad realisation that the Americans celebration of giving thanks by looking into the eyes of our loved ones and telling them why we love them isn’t adopted by the UK, but camping out for hours on a cold wet pavement outside a department store seems to warm our little hearts. 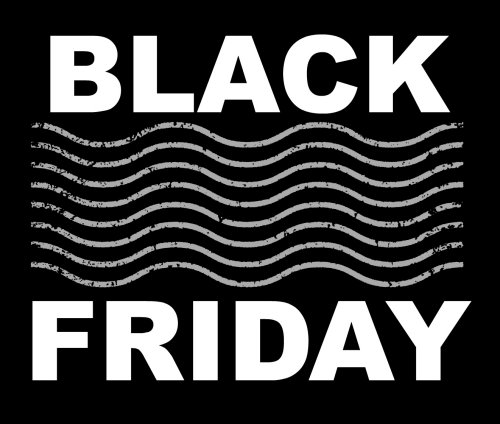 Black Friday is capitalism at it’s finest. Online sales alone are making millions every three seconds – why would anyone want to celebrate the simple things in life that we should be thankful for, when we could get a discount on things that we don’t need.

It’s safe to say the sensible of us will stay clear of this parasitic invasion of our high street, but even that sweet neighbor we know can be over come by a mad frenzy and contribute their part in a scene only seen in a disaster movie as shopper strip clean supermarket shelves.

The compassionate concept of Thanksgiving seems not to have moved the hearts of the nation, but discounts on Black Friday fills bargain hunters with excitement.

It says a lot about society, particularly when people get hurt and are ‘willing’ to hurt others as they snatch and grab items out of other peoples arms and trolleys just for a couple of quid off a laptop.

Britain is known the world over for it’s queuing and politeness, but could we all be at risk of losing that quintessential part of being British with the introduction of Black Friday. No one is safe on this frightful day it would seem as even the frail and disabled are not immune from being trampled on by their fellow man.

Black Friday is Just Not British

Watching Britain’s fight in Supermarkets over a discount TV begs belief and is a disloyalty to our Identity and all that we hold dear about being British. It would seem the concept to some is paper thin as they willingly abandoned their national identity in shameful acts committed in high street stores. one would expect such behaviour from primitive animals not civilised Britain’s.

Even the scary scenes reported on our TV screens wont stop Black Friday, no politician will stand in the way of big business making money. I would hasten to guess that even the police could shout from the roof tops that Black Friday is a future disaster waiting to happen as ordinary people unwittingly put themselves at risk by entering into a crowd with a mob mentality and risk becoming a crime statistic.

In 2013 The first time Black Friday was bought to the high street by Asda, few casualties were reported. Now in 2014 as more stores adopt the Black Friday phenomenon and encourage mobs of crazed shoppers to break through their doors more incidences have been reported with police being called to Tesco stores around the country to calm the hordes and try to instill some perspective of the situation.

“Even on #BlackFriday shoving people to the floor so you can get £20 off a Coffee Maker is still an assault.”

It makes one wonder where will it all end when you see the sort of casualties that America endures on Black Fridays with muggings, stabbings, shootings and even deaths over the years since Black Friday came into existence.

Some stores have been criticized by police for not having enough security to handle the task of Black Friday and leaving staff to deal with the mayhem.

A Tesco customer Jamie Hook who was buying food on Thursday night tweeted:

“I looked at the massive crowd to see people climbing over shelves and displays, staff running for cover, fights breaking out, stock flying through air, people breaking through carrying televisions – and this was before the sale had even started. The lady on the till I was at was in tears, terrified of it all, but she was under orders to close her till to go and help crowd control.”

Black Friday is one tradition many people wish had stayed in America and not crossed the Atlantic to invade the quaint and humble shores of the UK, but it would seem the American Black Friday is here to stay on the UK high street. The more retailers that bow to the pressure at the sound of their competitors tills ringing, the more Black Friday will become firmly established in the UK.