Smokers who light up with their children in the car should suffer on the spot fines of £50 if the ban on smoking in a car with children is enforced by the police.

It is illegal to smoke in a car (or other vehicle) with anyone under 18. The law changed on 1 October 2015, to protect children and young people from the dangers of secondhand smoke.

Both the driver and the smoker could be fined £50. The law applies to every driver in England and Wales, including those aged 17 and those with a provisional driving licence. 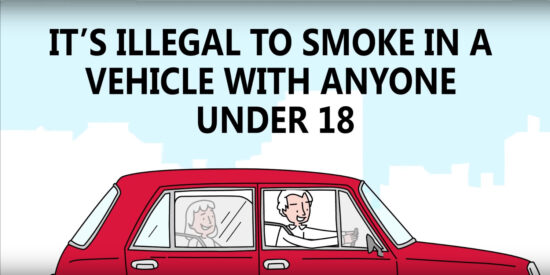 It means a fine of £50 will be incurred upon people who smoke or who fail to prevent another person from smoking in their vehicle that contains a child under the age of 18.

What are the Effects of Smoking in a Car

The news was been welcomed by anti-smoking campaigners. Chief executive Deborah Arnott from Action on Smoking and Health said:

“We are delighted. We also urge the government to put the regulations on standardised packaging to Parliament before the general election. This, together with the protection of children from second-hand smoke in cars, will help de-normalise smoking and protect children from this deadly addiction.”

“Second-hand smoke is a real threat to children’s health and we want them to grow up free from the risks of smoking. The only effective way to protect children is to prevent them breathing second-hand smoke and our plans to stop smoking in cars carrying children will help us to do this.” 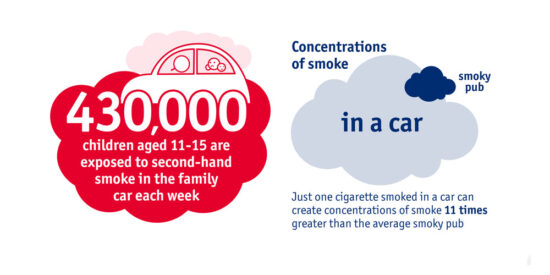 Banning smoking in cars in the UK isn’t news to every ones ears, Simon Clark director of the pro-smoking lobby group Forest said:

“The government is taking a sledgehammer to crack a nut. The overwhelming majority of smokers know smoking in a car with children is inconsiderate and they don’t do it. The regulations are unnecessary and excessive. Do we really want to criminalise people for lighting a cigarette in a private vehicle?”

Scotland and Wales have also put forward a bill to stop smoking in a vehicle containing a child and Northern Ireland have said they are considering a ban.