Is a No-Deal Brexit a Credible Negotiation Position?

With no time to waste is a no-deal or WTO Brexit a serious Article 50 process outcome or ONLY a negotiation tactic to scare the EU into further negotiations? 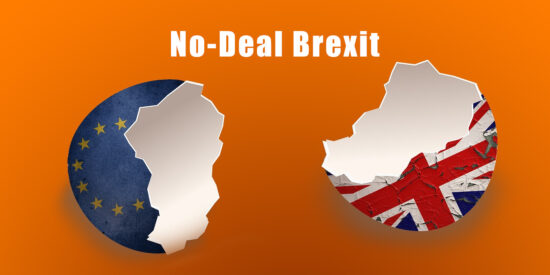 “I say to the Prime Minister again: I am quite happy to talk.

But the starting point for any talks about Brexit must be that the threat of a disastrous No Deal outcome is ruled out.

There appears to be two main points of view regarding a no-deal Brexit.

1. In any time sensitive negotiation the ‘walking away’ no-deal option MUST be a serious threat and be followed through on if necessary, otherwise one party holds all the power and can dictate terms.

If a no-deal Brexit isn’t a realistic outcome the EU negotiators know the UK MUST accept a deal by March 29th 2019 and that means a bad Brexit deal for the UK!

2. A no-deal Brexit is such a disastrous outcome it can’t even be used as a serious negotiation tactic.

Take the no-deal option off the table indicating to both UK business and EU negotiators the UK is serious about making a Brexit deal.

Both arguments have their merits:

You wouldn’t normally go into a time sensitive negotiation where the starting point is we MUST have a deal no matter what the deal is.

Conversely neither the UK nor as importantly the EU are prepared for a no-deal Brexit, the idea of just walking away and hoping for the best does not sound credible/realistic!

What Do Others Think?

Brendan Chilton in his article Jeremy Corbyn is wrong to rule out No Deal and risks keeping Labour out of power for another generation on BrexitCentral argues not only is a no-deal Brexit a valid negotiation tools, but “No Deal is not something to be scared of”.

Have an opinion, have Your Say by commenting below.