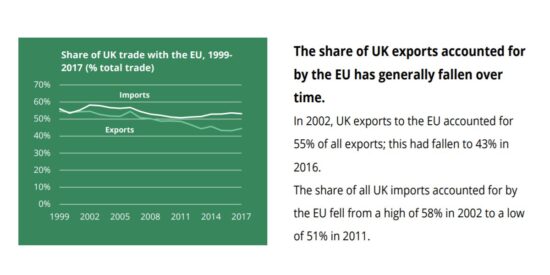 The share of UK exports accounted for by the EU has generally fallen over time.