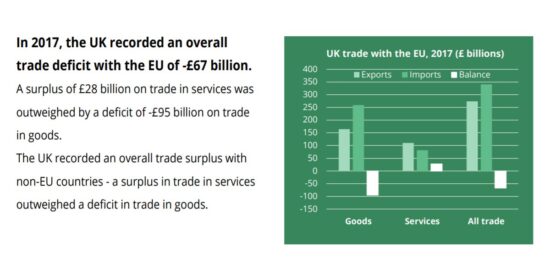 The UK recorded an overall trade surplus with non-EU countries – a surplus in trade in services outweighed a deficit in trade in goods.