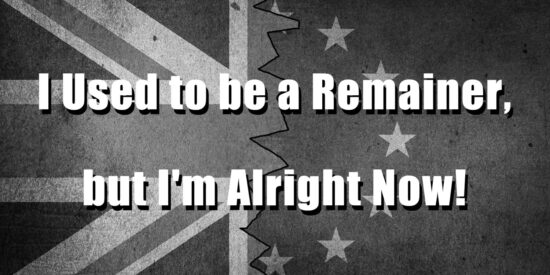 I’ve been interested in politics for well over a decade, like many I spend a lot of time following politics and in 2009 I even built a website in anticipation of the 2010 general election. The site generated millions of visitors and was one of the top sites in Google for General Election UK searches.

I was very pro EU, the very first comment I made on the new site was defending the EU, I wrote:

I don’t want us to leave the EU, financially speaking we are much better off in than out. August 29th, 2009: David Law

Read Full News Story » I Used to be a Remainer, but I'm Alright Now!