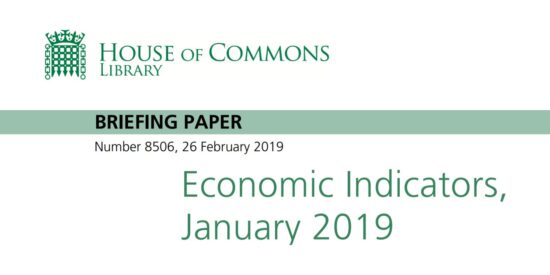 Quarterly GDP growth in Q4 2018 was just 0.2%, with particular weaknesses in car and steel production, and construction.

Growth across the whole year was 1.4%, which is the lowest it has been for six years. Growth was subdued in all sectors in 2018:

Prior to the publication of this latest data, the Bank of England’s Monetary Policy Committee (MPC) published its February Inflation Report. Within this report, the MPC indicated that it expected the subdued growth to continue into 2019, cutting its GDP forecast for 2019 from 1.7% to 1.2%.