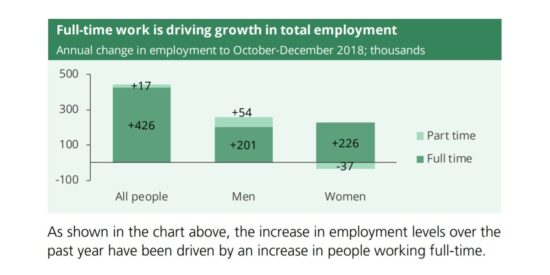 As shown in the chart above, the increase in employment levels over the past year have been driven by an increase in people working full-time.