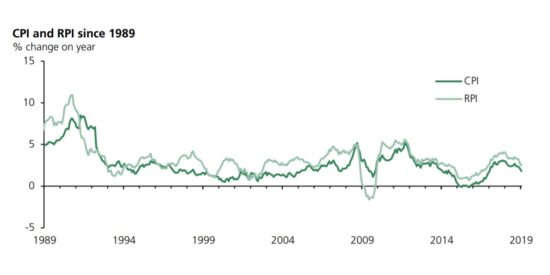 The Consumer Prices Index (CPI) is the main measure of inflation.

It is produced in line with international standards and is the measure used for the Bank of England’s 2% inflation target.

The Retail Prices Index (RPI) is no longer classified as a National Statistic as the way it is calculated does not meet international standards.

It is included here as it is well-known and is the longest running measure of inflation.