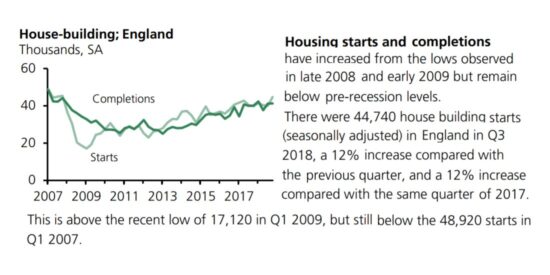 Housing starts and completions have increased from the lows observed in late 2008 and early 2009 but remain below pre-recession levels.

There were 41,270 dwelling completions (seasonally adjusted) in Q3 2018, broadly similar to the previous quarter and a 3% increase compared with the same quarter of 2017. Completions remain below the peak of 48,430 completions in Q1 2007.