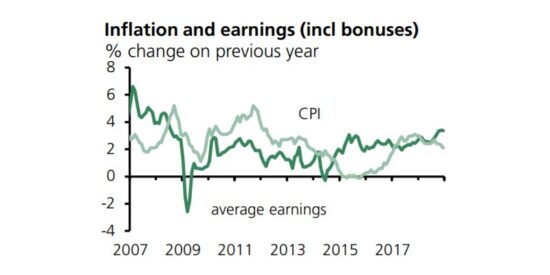 More timely but less detailed data show average weekly earnings for all employees in Great Britain increased by 3.4% both including and excluding bonuses in the three months to December 2018 compared with the previous year.

Inflation as measured by the CPI averaged 2.3% over the same period. After adjusting for inflation, average weekly earnings including and excluding bonuses were 1.1% higher than the previous year.