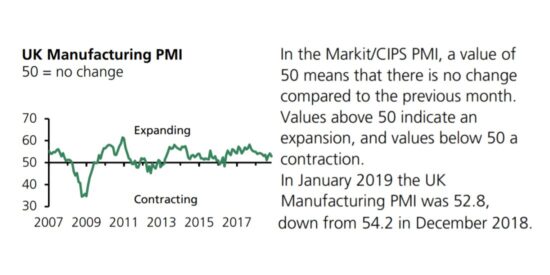 In the Markit/CIPS PMI, a value of 50 means that there is no change compared to the previous month.

Values above 50 indicate an expansion, and values below 50 a contraction.