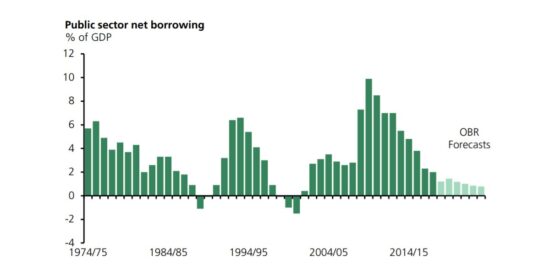 The Government borrowed £21 billion in the current financial year to date (April 2018 to January 2019), £19 billion less than the same period in 2017/18. This represents the lowest level of borrowing for April to January since 2002.

Net borrowing, often described as the deficit, is the difference between what the government spends and what it receives in taxes over a particular time period.