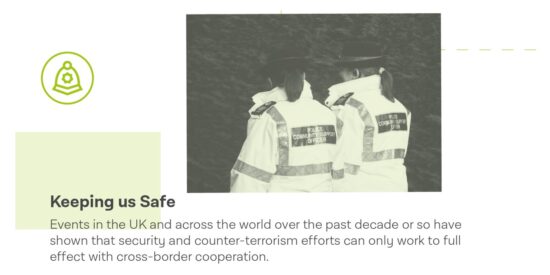 Events in the UK and across the world over the past decade or so have shown that security and counter-terrorism efforts can only work to full effect with cross-border cooperation.

It is the duty of us all to keep our citizens safe yet at the same time respect the rule of law and protect human rights.

Labour would urgently recruit 10,000 more police officers in England and Wales alone, and rebuild community policing, and commit to maintaining access to the European Arrest Warrant, which has taken thousands of dangerous criminals off our streets.

Labour will campaign to secure the continued access to vital databases, which have helped take criminals off our streets and in the fight against terrorism.

Have your say on Labour Manifesto: Keeping us Safe
Latest News
©2019 Latest News
«»