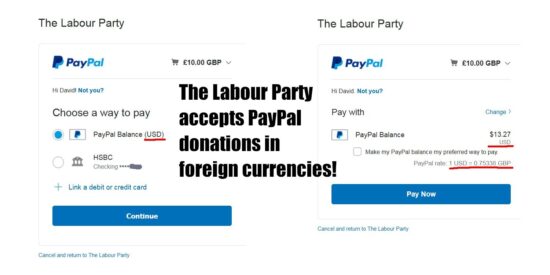 Both the Labour Party and the Brexit Party accept small PayPal donations in foreign currencies, but what does this mean?

Means nothing. Of course there COULD be thousands of Russians funneling dirty money through PayPal to the Labour Party, but it doesn’t mean it’s actually happening.

This is little more than a smear campaign against the Brexit Party days before an important EU Election!