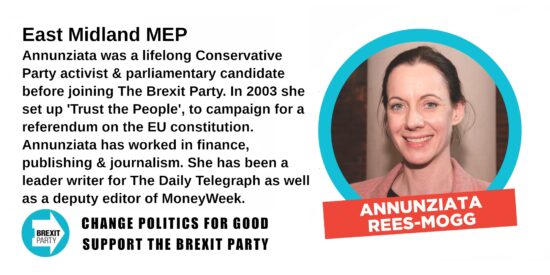 Annunziata was a lifelong Conservative Party activist and parliamentary candidate before joining The Brexit Party.

In 2003 she set up ‘Trust the People’, to campaign for a referendum on the EU constitution. Annunziata has worked in finance, publishing and journalism.

She has been a leader writer for The Daily Telegraph as well as a deputy editor of MoneyWeek.