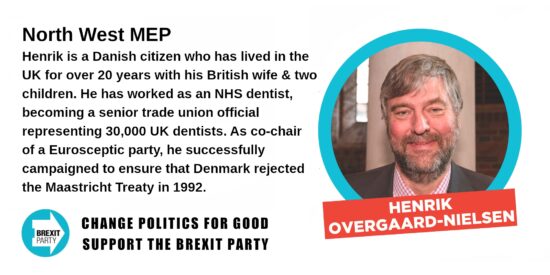 Henrik is a Danish citizen who has lived in the UK for over 20 years with his British wife and two children.

He has worked as an NHS dentist, becoming a senior trade union official representing 30,000 UK dentists.

As co-chair of a Eurosceptic party, he successfully campaigned to ensure that Denmark rejected the Maastricht Treaty in 1992.