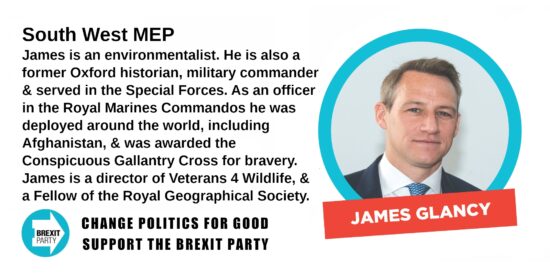 James is an environmentalist.

He is also a former Oxford historian, military commander and served in the Special Forces.

As an officer in the Royal Marines Commandos he was deployed around the world, including Afghanistan, and was awarded the Conspicuous Gallantry Cross for bravery.

James is a director of Veterans 4 Wildlife, and a Fellow of the Royal Geographical Society.