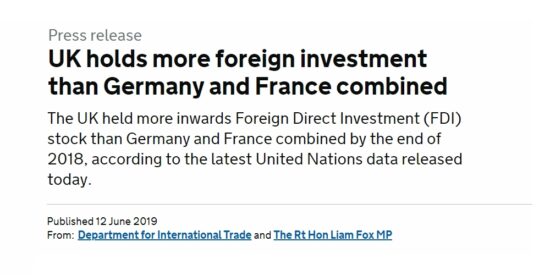 The UK held more inwards Foreign Direct Investment (FDI) stock than Germany and France combined by the end of 2018, according to the latest United Nations data released today.

The UK is No.1 in Europe for Foreign Investment Stock 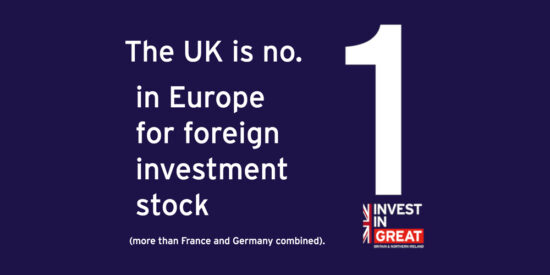 The UK is No.1 in Europe for Foreign Investment Stock

Figures released today (Wednesday 12 June) by the United Nations Conference on Trade and Development (UNCTAD) show despite the increasingly uncertain global economic environment, the UK has retained its position as the top destination in Europe for foreign direct investment (FDI). Inward investment stock into the UK by the end of 2018 was worth $1.89 trillion (£1.48 trillion), more than Germany ($939 billion) and France ($825 billion) combined.

The increase in the value of UK stock since 2010 ($822 billion) was worth nearly as much as the total value of French inwards stock by the end of 2018.

There are further signs overseas confidence in the British economy remains strong; there has been a 20% increase after the 2016 referendum in the number of announced cross-border greenfield (new investment) projects into the UK. On average there were 1,192 announced projects per year over the period 2012-2016, compared to 1,428 projects over 2017-2018. 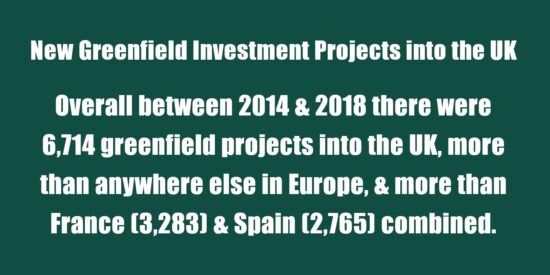 Today’s figures prove the British economy is by far the most attractive place in Europe for foreign direct investment, securing more than the impressive economies of Germany and France combined.

The UK’s pro-business environment is what makes it 1 of the most prosperous countries in the world to invest in. From our booming tech industry to our world-leading financial services sector, investors from all over the world see Britain as their destination of choice for relocation.

Despite global headwinds getting stronger, the British economy continues to demonstrate its resilience to operate in an increasingly uncertain global economic environment.