The Brexit Party is Making History and Changing Politics For Good

Since The Brexit Party launched in April 2019 we have already: 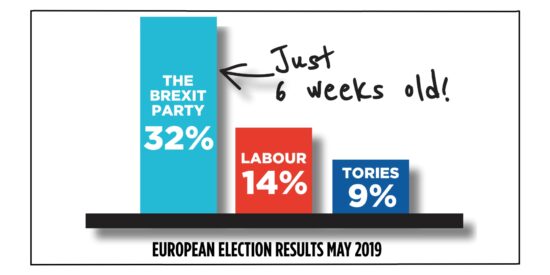 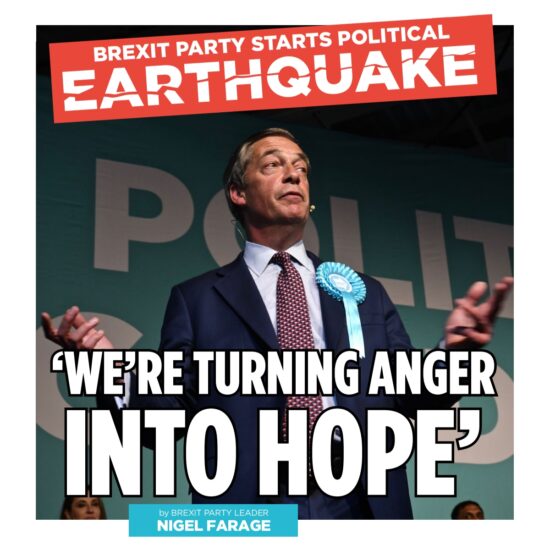 We have become the most successful, fastest-growing new party in modern UK politics.

How? By turning people’s anger over the establishment’s betrayal of Brexit into hope.

By giving millions of politically homeless voters a positive vision of a brighter future in a freer, more democratic Britain. 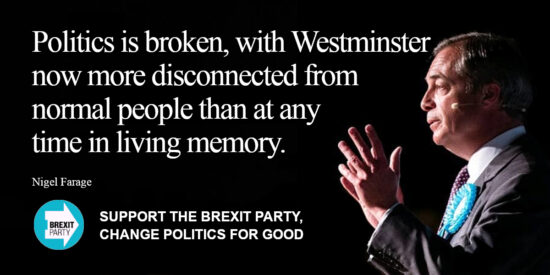 Politics is broken, with Westminster now more disconnected from normal people than at any time in living memory.

A damning recent survey reveals that just SIX PER CENT of voters think ‘British politicians understand people like me’. Meanwhile 74 per cent agree that ‘the UK political system is currently not fit for purpose’. Enough is enough.

To put trust back at the heart of our democracy. To give a voice to ‘people like us’ who have had enough of being ignored and insulted by those with power.

To make the UK political system ‘fit for purpose’. And to ensure parliament’s democratic purpose is to represent the mass of the people, not to rule over them like aristocrats of old. 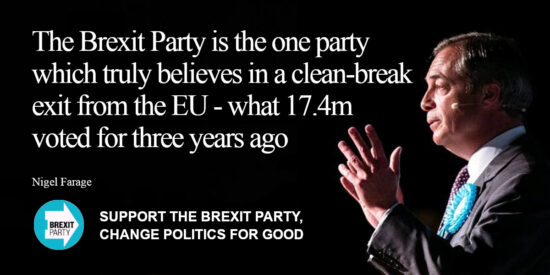 The Brexit Party is the one party which truly believes in a clean-break exit from the EU – what 17.4m voted for three years ago.

That is our starting point. The battle for Brexit still needs to be hard fought and won against the combined forces of the Remainer establishment and their media allies.

But this battle is now about much more than the EU. It is about what sort of country we want Britain to be.

If a parliament packed with Remainer MPs and Lords can overturn the biggest mandate in British history, then what kind of democratic society do we really live in today?

The Brexit Party is now turning its attention to Westminster. We are getting ready for a General Election, whenever it comes. With the Conservative and Labour parties both in chaos, that could well be sooner rather than later.

Whenever it comes, this will be a Brexit General Election. And we will be fighting to win every seat. 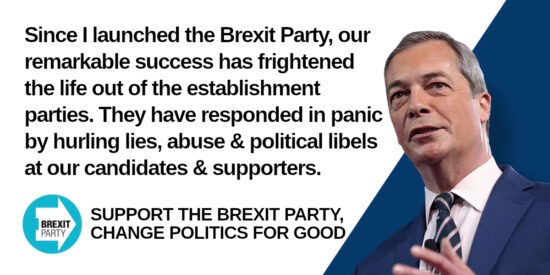 In the couple of months since I launched the Brexit Party, our remarkable success has frightened the life out of the establishment parties. They have responded in panic by hurling lies, abuse and political libels at our candidates and supporters.

Let them come. As a veteran of Bomber Command wrote to assure me, ‘You only start getting flak when you’re getting near to the target.’ With your support, we are ready to take them on.

I hope you enjoy this first edition of our party newspaper, The Brexiteer. We have made a great start. But this really is only the beginning. 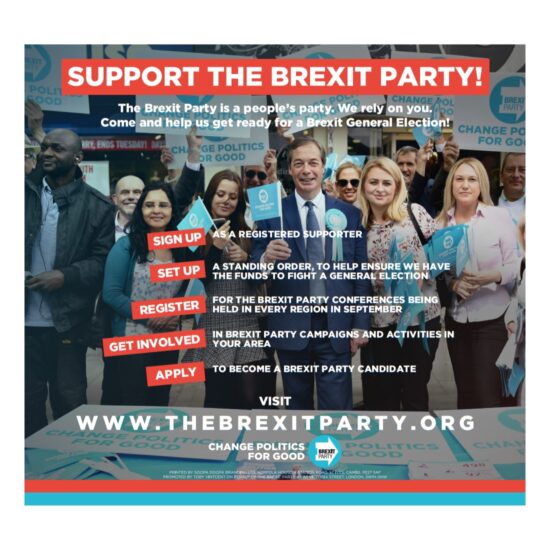 From The Brexiteer: The Newspaper of The Brexit Party Issue #0001 July 2019