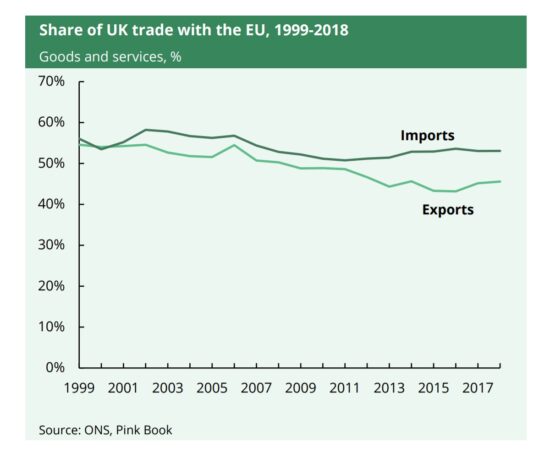 The share of UK exports going to the EU has declined gradually in recent years:

• The EU has accounted for a consistent share of UK service exports– this has remained at around 40% since 1999.

Trends in trade in imports have been mixed: